Houston Pastor Urges Churches to Get Involved in Electoral Politics 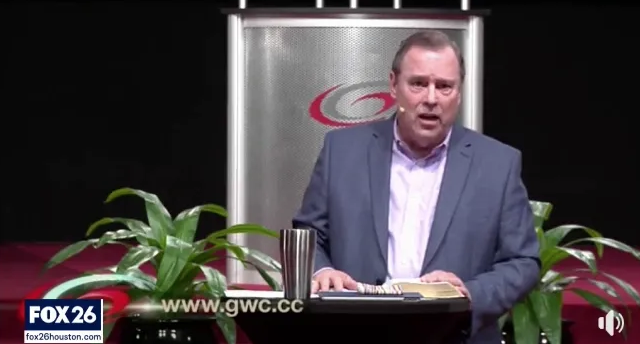 Houston Pastor Urges Churches to Get Involved in Electoral Politics

Launches initiative, #MyGodVotes
Houston: With the 2020 election bearing down on the country, a Houston-area pastor launched a campaign today urging religious leaders and their congregations to take a stand on godly governance, current events and religious freedoms.

“We are a movement working for a country that honors God and does not hinder the free exercise of religious faith,” said Pastor John Greiner of his initiative, #MyGodVotes.

“It begins by activating faith leaders, encouraging them to lead from the pulpit on the issues, causes and candidates impacting us,” said Greiner. “And it becomes a reality when congregations get engaged in electoral politics.”

Greiner wants #MyGodVotes to become an online rallying cry among people of faith across the country.

“I’m one man, representing one church, but I know there are millions more Americans like me,” Greiner said.

“We must wake up the church.”

Greiner said he decided to take action after the government-sanctioned, forced closing of the church he pastors, Glorious Way, due to COVID-19.

“I just couldn’t sit quietly while our freedoms were taken away,” Greiner said.

Greiner gained national attention earlier this year when he joined a lawsuit against Texas’ Harris County Judge Lina Hidalgo and vowed to have Easter Sunday service whether it was legal or not. The resulting publicity caused Texas Governor Greg Abbott to change the list of essential services to include churches and downgrade all church directives to recommendations.

“From our nation’s founding, America has looked to God and His church for leadership during her most trying times,” Greiner said. “These times are no different.”

More information can be found at MyGodVotes.com.